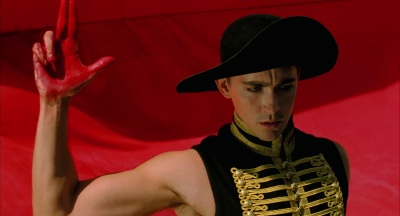 I feel in many ways there are so many movies that fall into this category.  Sometimes I even feel as if some of my guilty pleasure films fall into this category.  There are films out there though that truly touch us that yet so few people have ever heard of for some reason.  The good thing about video movie stores is that they let us peruse the store and allow us to rent films we would otherwise never see.  This is not because the films are all trash and were not released in theaters, but because these films are the ones that arrive at populated theaters and leave after a week.  No one is seeing these films because they don’t get enough advertisement, but that does not mean they aren’t amazing in their own right.  The Fall is one of those films for me.  A treasure I found while working at Blockbuster.  My friend watched the film first and insisted I needed to watch it as as well.  I’m so glad I listened.