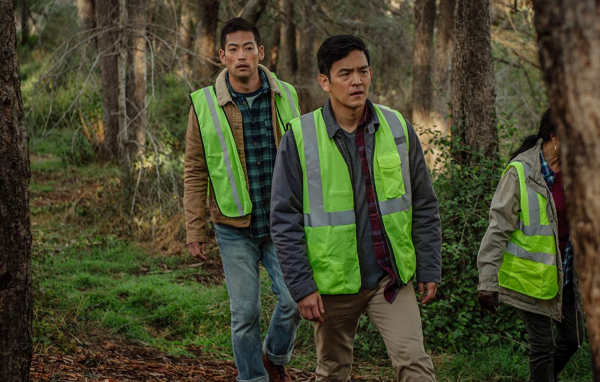 I’m not sure why I never posted this but I feel I should now. Think back to September 2nd of 2018 and you will now know what I did on that very day with my father.

END_OF_DOCUMENT_TOKEN_TO_BE_REPLACED

Upon realizing they were remaking Flatliners with some of my favorite actors in it, I knew this was a feature I wanted to see on the big screen.  The trippy part was going to check in with my Moviepass app Monday evening so I could purchase my ticket and seeing the original 1990 film poster starring back at me.  For a moment I debated if my theater was showing the original feature.  Truth be told, I would have been happy to see either one, but was happy to finally see the movie I saw part of the ending and beginning when trying to view Friend Request last week.  My AMC theater was all sorts of confused, but I digress.  Now those fleeting moments all make sense and I am not left wondering tidbits that gave me enough to be considered food for thought, but not enough to spoil too much.  There are some tidbits considered to be spoilers in this review though.  Readers be warned!

The opening sequence was rather intense, but did not dwell on the horrific moment in our lead character’s life.  In fact the film quickly cuts to nine years later.  Courtney (Ellen Page) is participating in rounds at a hospital and were audiences assume she is either a doctor or a medical student.  Still hung up on her past, she begins to question a patient who flatlined earlier in the evening about the afterlife.  Courtney is intrigued by the idea that there is more out there after we pass.  Of course, anyone who has ever lost someone wants to believe in something.  After all, we want to believe that we are reunited with our loved ones in death.  The patient calls Courtney out on her past and audiences see her own research project begin forming the moment that Dr. Barry Wilson (Keifer Sutherland) foreshadows Courtney’s end game when insisting that all great doctors want to push boundaries and bring something new to the field.

END_OF_DOCUMENT_TOKEN_TO_BE_REPLACED

Life as We Know It is a film I desired to view while the feature was in theaters. Sadly, I never had the opportunity, nor did I know anyone who wanted to view the film as badly as myself. So there I was, waiting patiently for DVD to the point that forgetting was inevitable in many ways. One morning though while going through on demand, I stumbled upon the film being presented through one of the various movie channels. Excited, I forgot about the other pick for the day and pressed play without hesitation. One of the coolest aspects of the film is that Life as We Know It was filmed in my own backyard! The film takes place in Atlanta and was not only filmed in Atlanta, but also filmed in Norcross. One of the locations the film features is the Belly General Store, which is where the bakery scenes were shot. That is just a cool tidbit of trivia for all you Georgia folks who gets overly excited knowing films and shows are getting shot here more often than not these days. There is something undoubtedly cool about being able to have such a connection to a film and recognize locations so that made this film even more of a treat.

The synopsis is about two people on very different paths in life. Holly Berenson (Katherine Heigl) is on the road to get married and have babies. This is one of the many things she wants out of life. She also runs and owns a successful bakery and desires to expand and remodel. She wants a successful restaurant attached to her location as well. Eric Messer (Josh Duhamel), on the other hand, enjoys his playboy lifestyle and his job with the Atlanta Hawks in the control room of Philips Arena letting audiences in on the best plays if they have to sit at home. They are best friends with Peter (Hayes MacArthur) and Alison Novak (Christina Hendricks). Without Eric or Holly’s knowledge, the couple name both of them as guardian to their daughter Sophie should something ever happen to both of the Novaks.