Growing up in the late eighties and early nineties was the best childhood that anyone could have wanted.  I’m clearly beyond biased in this scenario, but four of the greatest superheros were create in 1984, also the year I was born.  Coincidence?  Yes, but I want to say no here and reap in the greatness that became known around the world as the Teenage Mutant Ninja Turtles.  And who wouldn’t?  END_OF_DOCUMENT_TOKEN_TO_BE_REPLACED 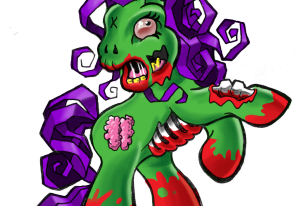 On most social media sites these days you are always getting tagged in something.  Okay maybe not.  I feel like I do not get tagged in a lot, but generally when I do I participate in them even if it takes me what feels like a proverbial five years to complete whatever survey I have been asked to fill out. END_OF_DOCUMENT_TOKEN_TO_BE_REPLACED