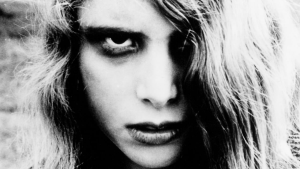 I cannot remember the exact moment I had the pleasure to watch George A. Romero’s Night of the Living Dead. Besides, who can forget Johnny (Russell Streiner) insisting, “They’re coming to get you, Barbara!”

Some people find this as a juvenile way to start the film, but this has always been one of my favorite openings in horror film history. There is something about having a brother tease his sister that radiates with most people. I think we have all had that person within our lives even if we don’t have siblings. For me that person has always been my dad. Even during chick flicks he will tease me if I cry and whatnot. So maybe that is why I have been so drawn to the beginning of this feature before most of the terror ever begins.

However, the truth is the terror begins almost immediately within the film because from the very beginning there is the presence of zombies. Some people I know have complained about the pacing of zombie films in general, but if one bothers to watch Night of the Living Dead they will know that is not a problem in this feature. In fact, this is probably one of the better paced films of that particular sub genre that has been produced.  And I would go as far as to say in the history of horror cinema period. If one is a fan of the sub-genre of zombie features within the horror genre they owe it to themselves to view this classic if they have not already.

The synopsis of the feature all starts with Johnny and his sister Barbara (Judith O’Dea) going to visit their father’s grave. Upon discovering that his sister is fearful of ghosts and various other ghouls, he proceeds to tease her. In fact, he insists on teasing her until he realizes that she is being attacked by a zombie! Immediately, spoiler alerts ahead, he attempts to save his sister, but the zombie slams him head first into a nearby tombstone.

Not waiting around too long afterward, Barbara makes a mad dash to seek shelter somewhere. As she walks into what she thinks is an abandoned farmhouse she discovers another dead body that has endured the same fate of her brother. Instead of staying in the house she immediately comes back out, but is soon dragged back into the house by a man named Ben (Duance Jones). Ben begins to take charge of the situation slowly and they discover they are not alone in the house.

In fact, there is a couple, Harry (Karl Hardman) and Helen Cooper (Marilyn Eastman), and their daughter, Karen (Kyra Schon) hiding in the cellar. They soon realize that there is also a teenage couple, Tom (Keith Wayne) and Judy (Judith Ridley), hiding in the cellar as well. Instead of remaining in the cellar, which Ben dubs a “deathtrap”, he encourages those who want to come upstairs to do so and begins to barricade the doors to ensure the safety of everyone within the house.

Soon rather than later he begins to try to make radio contact with someone and try to find any information so they know what they are up again. Once he turns on the television, this is when they realize that scientists believe this epidemic is being caused by a space probe that exploded in the Earth’s atmosphere and releases radioactive contamination into the air. Then they realize that they have to do a whole lot more than remain in the house, but they discover a way to kill those trying to attack them. In order to survive this zombie apocalypse situation they must band together.  However a bigger question remains up in the air. Can they do so without killing each other?

To say the least, the acting in this feature is by far my favorite in all the zombie films I have watched over the years. The best performances are of course given by O’Dea and Jones. First, I will start out speaking of O’Dea. Barbara never really gains her footing in terms of not being absolutely terrified through the duration of the feature. Not that anyone can truly blame her.  She tries to regain some composure and some strength through Ben, but overall she is not one of the strongest female characters.

Secondly, the strongest person within the entire feature is the character of Ben. This was a HUGE deal considering that Ben is an African American and the film was released during The Civil Rights era. Ben takes charge in the film, even though there are people within the house who do not desire him to do so in the first place. There is such a push and pull in the film in regard to his character.

That is part of the reason why everyone is rooting for Ben and Barbara in the least to get out alive. No one wants to see either character die because audiences identify with both characters throughout the duration of the feature. There is something these characters radiated on the silver screen that others did not.

Granted, the supporting cast were just as amazing and their performances are memorable, but not half as memorable as those of O’Dea and Jones. In fact, after the feature those are the two characters that I talk about most among friends. These two characters work the best because people like them. This is one of the most important things a writer can learn about creating a main character.  The audience has to actually like him or her to like the film’s overall tone. If not, people are not going to come back time and time again to re-watch the feature or suggest the film to others in the long run.

Overall, Night of the Living Dead is what started this entire zombie craze we have today. And what I love about this film in particular is there is a reason behind the outbreak. Most zombie features do not bother to list one. After all, zombies did not just merely wake up one day and start walking the Earth and eating people for the hell of it. I need reasoning that such horrible events take place!  I think anyone would want that sort of logic. Not knowing makes the circumstances far worse than having a reason.

When one can blame mankind for its mistakes there is a dash of hatred sprinkled within the world that was not there before. People would begin to hate the government, if they did not so beforehand, and eventually hate the program that produced this reasoning in the first place. Hate will continue to breed and that is part of the commentary within the feature. People are so willing to hate what they don’t know. People are also not willing to discover and understand the cards they have been dealt.

In the case of zombies and the undead wanting to feed off those people who are living, I cannot say I blame the living too much for not wanting to understand what is taking place around them.  By not doing so they render themselves powerless and much more susceptible to death in the long run. However, I think another important commentary to take away from this film is that one should band together whenever possible even if one has some preconceived notion as to what the person will be like. A group in these situations are better than being on your own.

Regardless, to create a piece of cinema that started out with a $114,000 budget and have the film rake in a grand total of $256,147,434 as of 2009 is something unheard of for most features. The fact that this film still has staying power around the world says it all. Night of the Living Dead will always be a staple in the horror film community.