Once upon a time, back in the nineties there were two popular programming blocks. One of them took place on Friday evenings, and the other on Saturday evenings. On Saturdays my friends and I sat in front of our television screens on a big comfy orange couch.  Over the years the line up changed, but Nickelodeon kept us entertained with their edgy line-up that people via my Facebook page voted superior to its wholesome counter part.  SNICK aired for the first time on August 15, 1992.  The original line up included Clarissa Explains It All, The Ren & Stimpy Show and two newcomers, Roundhouse, and Are You Afraid of the Dark?

While practically everyone enjoyed the entire line up, there were some shows we paid more attention to than others.  For me one of those shows was Clarissa Explains It All.  Clarissa constantly broke the fourth wall, which made an entire generation feel special.  We all believed that Clarissa was explaining to us the way puberty worked essentially.  And of course she often went into details of how to get rid of an annoying little brother for those who had to deal with such twerps in their lives.  This was the beauty of the show.  Teenagers were able to see that they were normal. Clarissa encouraged any entire generation to blossom into beautiful weirdos.  And we learned that sometimes not matching entirely helped keep our fashion sense on point.

Despite those choices frightening our parents from time to time with our choices, there was another show lurking in the 9:30 hour that was terrifying us to our very core.  A show that made us a part of a society if you will.  In many ways Are You Afraid of the Dark? was my first true brush with horror and helped me want to delve deeper into worlds where there were murders of camp counselors, a man hunted teenagers down in their dreams, and a psychopath returned home.  Before all that I dreamed of one day submitting a story to the midnight society by a campfire.  And while many stories scared me, they never scared me enough to make me stop watching.  Though The Ghastly Grinner came awfully close.  That damn clown still haunts my dreams from time to time. And The Tale of the Captured Souls is when I began to look at mirrors differently.  This was the first time I understood that sometimes being scared was fun.

That didn’t mean that I didn’t enjoy a good laugh though and there were plenty of reasons to laugh on Snick as well.  Most of them belonged to Ear Boy, Ishboo, Coach Kreeton, Ed, Pierre Escargot, Fran & Kiki, Ashley, and vital information for our everyday lives presented by Lori Beth Denberg.  These were characters that belonged to the sketch comedy block All That.  And every time I tell someone I have vital information I want to ramble off a random fact for them that has nothing to do with the current conversation.  I still sometimes wish that Pierre Escargot would teach me French, but I’m determined if that was the case if I ever made my way to Paris they would hate me over there.  And I pray that if I ever get caught on a desert island that I’m stuck with someone smarter than Kiki or Fran.  I also wonder if I’m going to become a mixture of Coach Kreeton and Walt Kowalski in my old age with a bit of Ashley thrown in for good measure.  Pray for the neighborhood children if that is the case.  Though I’d like to think that would at least give a laugh or two because All That taught me it’s always important to laugh at yourself.

Something tells me that as I age the neighborhood children wont be as cool as Kenan & Kel.  I imagine I will have plenty of sorrowful days ahead where they do not know how to love orange soda as I do, I do, I doooo.  There is a part of me that holds out hope since Teen Nick has taken the time to air reruns of the shows I’ve mentioned, along with others though.  Part of that made Kenan & Kel work so well is that Kenan is a straight-laced character and Kel is a goofy and clumsy. Often times Kel managed to get the duo into a mess of trouble in and out of school, and we were only upset about that when Kenan let him have it in that one episode and we thought their friendship was over.  Together they had an unmatched chemistry. And honestly, those two still offer a sound base of what true friendship means.

Speaking of chemistry though, I would be remiss if I didn’t mention The Secret World of Alex Mack. This show was unlike any other I had seen at the time.  Any time someone managed to get powers they always went to the male leads.  But this time they belonged to a normal girl who had unfortunate timing of almost getting hit by a truck and having the chemical GC-161 spilled all over her!  No big deal.  Well, it wasn’t as big of a deal until her powers came, which included her being able to turn into a movable puddle of water.  She also possessed telekinesis along with many other unique qualities, but by far the worst one was her uncontrollable color changing face when she was nervous. I could not imagine having to live with such as a teenager, but in an odd way Alex taught us all that we could make it through anything.

And speaking of someone who helped us realize we could make it through anything, Doug Funny helped me make sense of my days.  After all, Doug spent his days writing, drawing, and falling in love with Patty Mayonnaise.  As someone who grew up writing, drawing, and falling in love as well, Doug was beyond relatable to me.  In a weird way I always felt that Doug was a male version of myself.  He had his best friend and together they conquered the world.  And when Doug wasn’t able to he had Quailman come to the rescue.  When I was younger the idea of creating a comic was one of my many dreams. I did not know what kind of comic world I would come up with, there was no clear vision then and there certainly isn’t now, but the fact Doug did so gave me an odd sense of hope.  And in many ways when I watch those reruns that is what I feel.  An odd sense of hope that my dreams are still attainable no matter my age.  I also remember that I have yet to have a dog that looked like a Porkchop as naming a pup was also a goal of younger me.

Finally, with an insanely sad fan theory I must mention Rugrats.  They were the babies we all wanted to hang out with and wondered if we were once upon a time.  Rugrats introduced us to Tommy, Chuckie, Phil, and Lil who we instantly fell in love with.  We were also introduced to Angelica and wondered how she managed not to have her Cynthia doll taken away. Then again she did have Susie almost as a voice of reason eventually.  These babies were constantly partaking in adventures with the help of escaping their play pin with the help of a screwdriver.  Their hi jinks were unbeknownst to their parents, which is baffling in hindsight, but now make me understand just how important standing up for each other and being there for one another is at the end of the day.  And despite being all grown up now, I have to agree with one of my best friend’s and say that owning an inflatable Reptar costume is a solid idea.

All in all, SNICK is one of the programming blocks that brought all of us together Monday morning.  We all watched the various shows that aired between the early and late nineties and wanted nothing more than to share memorable quotes from our weekend.  And while there were plenty of alternates that kept us company on the big orange couch over the years, the aforementioned shows are the ones that continue to hold a special place in my heart.  Though I will admit I still wonder how in the world CatDog pooped, but that might be an answer no programming schedule will ever give. 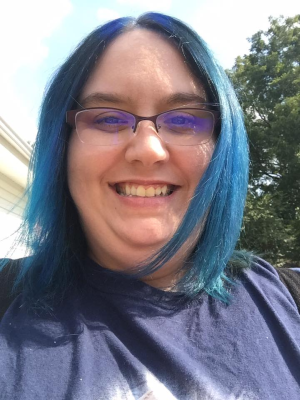