Let me tell you something brother!  This is one of the many catchphrases heard in what I consider the greatest era of professional wrestling.  There was something about growing up in what the WWE (WWF at the time) has affectionately dubbed the Attitude Era.  The truth is that era is not the only reason  nineties professional wrestling great.  There were so many elements that made my family and me to get in our cars, hop on Marta, and go to the arena to watch these matches live.  These were the days before all the nitty-gritty details were available online and in documentaries.  I don’t know if that necessarily made wrestling more magical or not, but I cannot say that wrestling today is exciting as it once was.

Growing up I remember having a mixture of wrestlers on my wall.  Buying a WWE magazine was nothing new for me.  Buying all the other wrestling magazines that were out at the time wasn’t either.  I read many interviews, Bret Hart’s weekly Calgary Sun columns (thanks to a friend who had the internet when I did not), and was beyond excited to see Ready to Rumble in theaters.  Pro wrestling was a large part of my life.  In fact, for a while, pro wrestling was one of my obsessions.  I wanted to know as much about the world as I possibly could and one day I knew I would grow up and be a woman of professional wrestling. 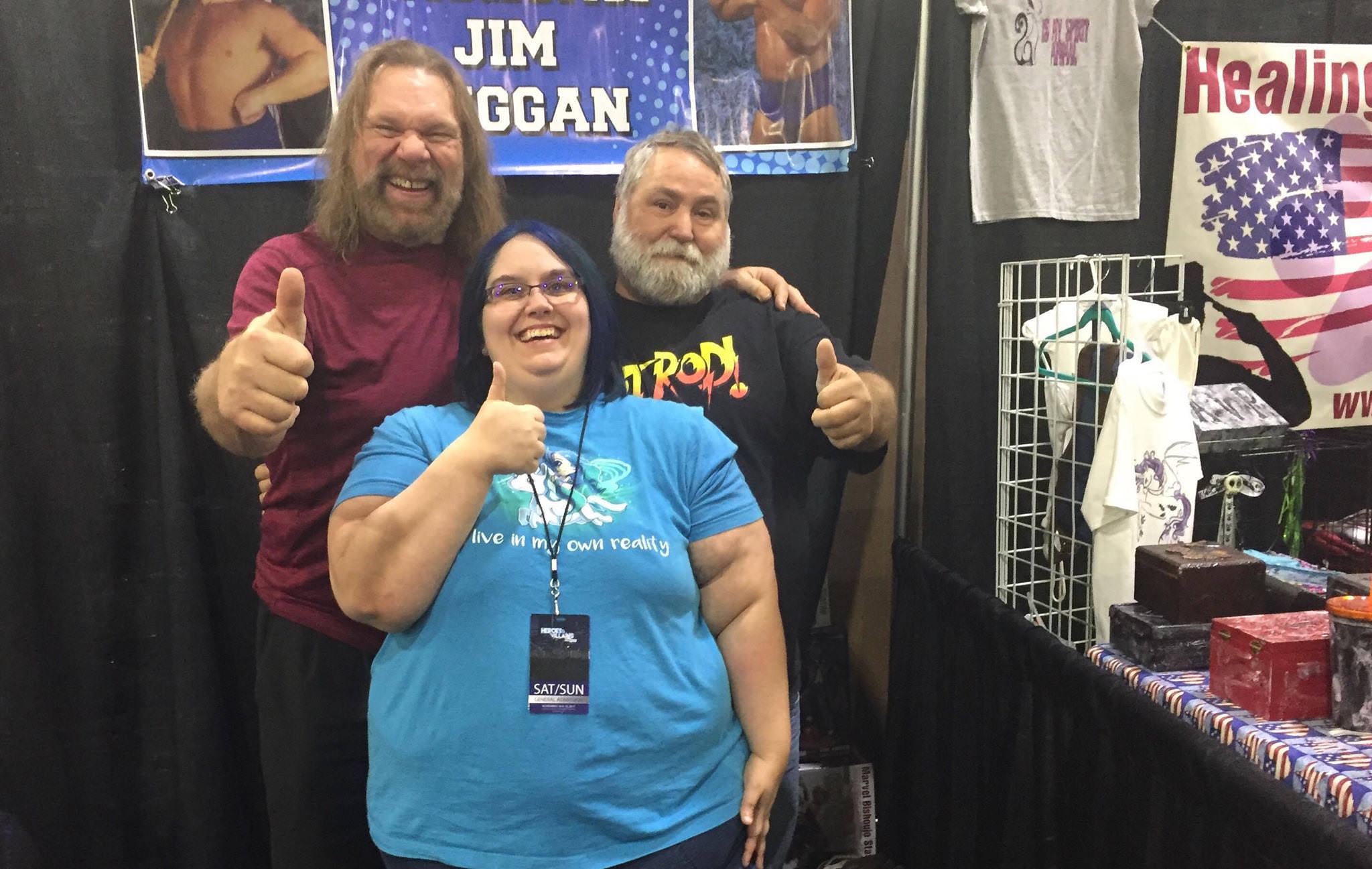 In fact, a good friend of mine had come up with names for us because he determined to make me his manager.  He came up with names for us as well. Sagittarius and Gemini.  And in the eighth grade I received a silly superlative award that insisted I would be the next manager of the NWO.  I also remember people being shocked when I showed up at school the day after Owen Hart’s death and crying so hard the night before because I could not believe that he was gone.  I would argue that wrestling was real.  After all, how could something I love so much be fake?  It was unfathomable at the time. 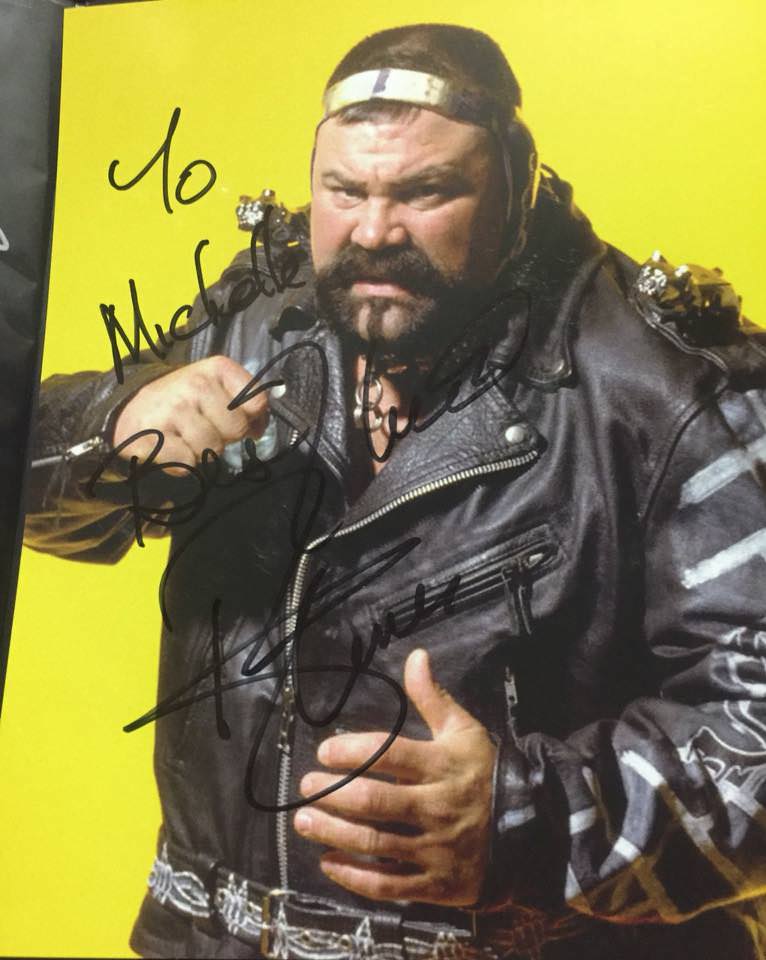 I think what made wrestling amazing back then were the gimmicks and the storylines though.  We had Randy “The Macho Man” Savage, Ric Flair, DX, Hulk Hogan, The Steiner Brothers, The Nasty Boys, The Ultimate Warrior, and so many more personalities that were larger than life.  I remember being oddly fascinated with The Undertaker, but feeling conflicted because once upon a time he was not considered the good guy.  I know this fact will make some of you laugh, considering my thoughts on villains have changed.  I was fascinated by him though because he sold me on his gimmick like so many others.  I even loved The Disco Inferno and Doink The Clown.  These gimmicks were crazy and off the wall, but that was just part of what made me love wrestling. 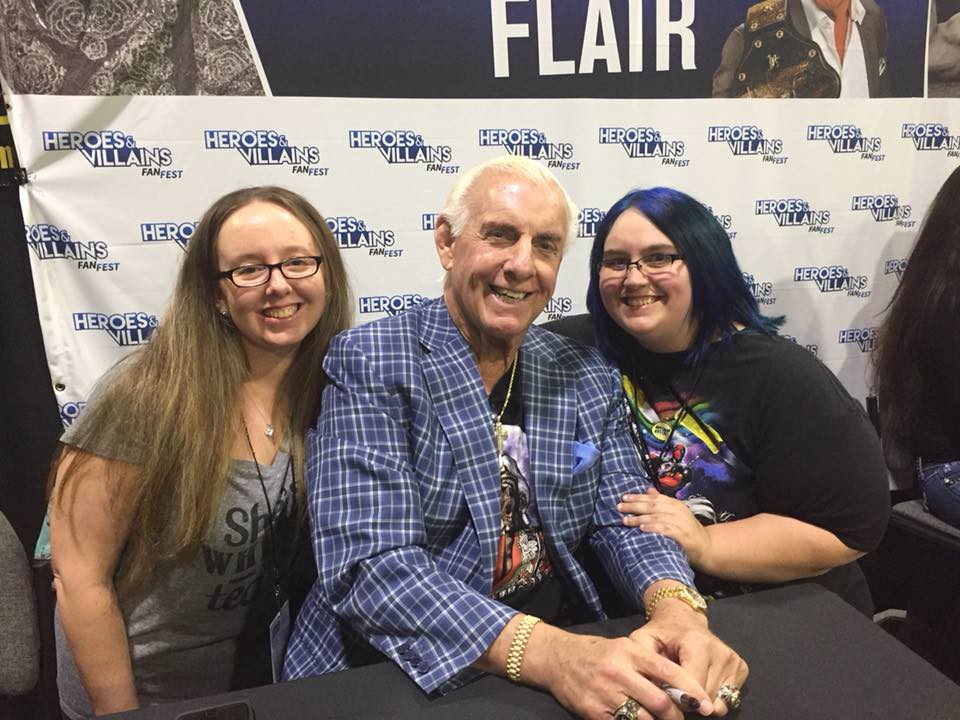 Another reason I loved wrestling so much was because of the promos and trash talking.  Any time there was a pay-per-view coming up the promos were even better.  And The Rock and Stone Cold Steve Austin took trash talking to a whole new level.  There are still times I cannot resist threatening to show my boot up someone’s candy ass.  I also smile a bit when I notice it’s 3:16 in the afternoon, but often times resist the urge to whoop someone’s ass due to the time.  Unless work is just particularly rough that day.  And lord knows I wooo far too often and Ric Flair made my day last year when he wooed for me.  I still wish I had video, but at least I have pictures and an autograph of the man you had to beat to be the man. 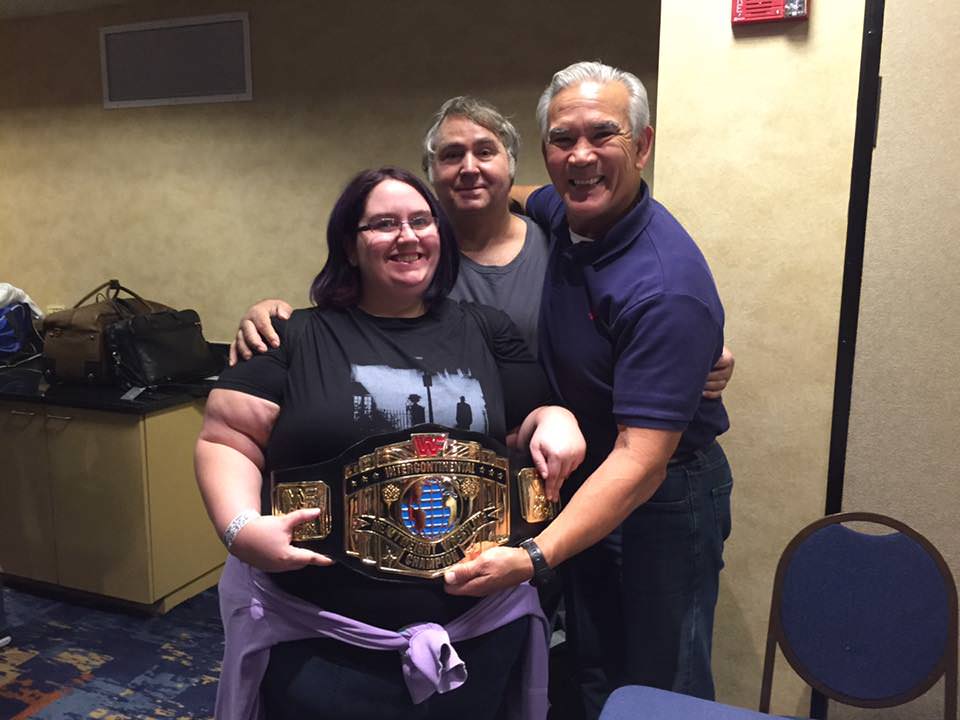 My absolute favorites though were Sting and Bret Hart.  Granted, my love for Sting was nothing compared to my cousin’s love for Sting.  I remember when we went to Panama City Beach that she not only brought a Sting poster to hang on the hotel wall, but also had a recording of his voice she listened to every night.  And during my brilliant teenage years I bought a life-size Bret Hart stand-up.  For a while until my mom got used to said cut-out Bret often scared her upon coming into my bedroom.  This is a thought that still brings a smile to my face and makes me laugh for whatever reason.  Maybe it was her random cursing due to this cut-out though.  They were truly the best there was, the best there is, and the best the ever will be.

In the end, nineties wrestling will always put a smile on my face.  I’m grateful for the insane amount of hours I devoted to the world of professional wrestling.  I still devote more hours to the wrestling I once loved than I probably should at my age, but sometimes I have to admit it’s nice to reconnect with memories of my childhood that continue to include so many of my family and friends.  Plus, it lended itself to a pretty cool video project during my days in my Photography 2 class that can be viewed below.  And if you don’t think you’re down with that, I got two words for ya….watch it.