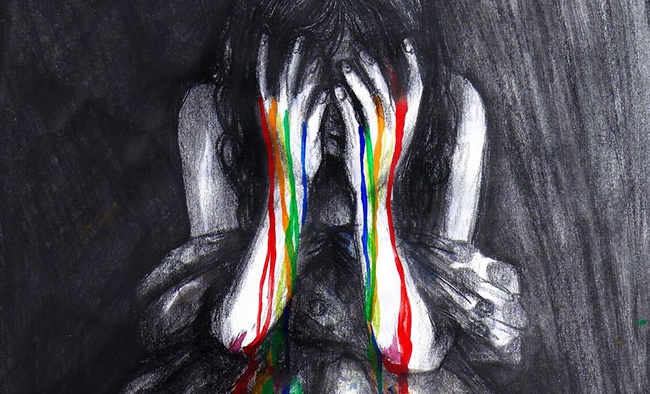 Lately I feel like I’m not getting enough rest. I went through a period where I wasn’t taking care of myself. Even after talking with my doctor this past July I neglected taking some of my pills. I noticed that I had an influx of pills I had not bothered with and ultimately I think it has affected me far more than not. I should have been to see the doctor again by now but I still have enough pills for one more month. I basically took them on and off so I have about a month and a half worth of pills more than I should have by now. I am thinking of making an appointment for the 29th of this month regardless or at least getting my blood drawn so the following week I can go have an actual appointment.

What I hate the most about all this is admitting how depressed I have been since last year. I hate admitting that I quit caring about me. I’m important! We are all important and I hate that I thought for a little bit I wasn’t. Even though I did not attempt suicide I still consider this self harm. It’s controlled self harm in many ways. I feel like I have been sabotaging myself lately because of the thoughts I have had on and off this past six months especially. I hate the amount of weight I’ve gained. I hate how most of my clothes fit now. I really hate how I look right now. I feel so beyond ugly. I hate my desire to get up and walk is gone. I basically hate how I’ve been feeling and yet feeling paralyzed to do anything about it.

Some people just view this as making excuses, but the truth is when you’re truly depressed they are not excuses. You have issues going to sleep at night and getting up in the morning. You know both are important and yet there’s no desire to get up and go even though there are so many tasks you want to accomplish. We end up existing. We basically walk through life like a zombie with or without medication because while we do not want to commit suicide we do not have the desire to actually function. Hell, on some days it feels like we do not know how to function because we’ve grown so used to barely functioning to get us through the day.

When you’re going through a depression you tend to be ten times harder on yourself to the point that when others are hard on you it makes you shut down. While still not feeling suicidal you can get to a point where you wonder if you’re good enough. You begin to buy into the thought that you’re ugly, you’re fat, or any other bullshit your anxiety wants to feed to you. Those have been two thoughts lately that have led me down a rabbit hole of that is why you will never be with anyone Michelle and why you’re destined not to have kids. It’s a sad truth but it’s my truth. I don’t know if I’m meant to have kids or not but thanks to one of the books I’m reading by the time I do I know I will be considered a geriatric pregnancy. So thanks for that medical world.

I write all this out because despite knowing there are people I can talk to about these things it’s hard. It’s hard because at the end of the day whether we want the stigma or not we are the troubled friend. And at a certain point we debate if people are seeing our numbers flash up on their text messages or screens and ignoring us. Why? Because they do not want to hear more about this same ‘ol shit again. We just need to think positive and our whole outlook will change. Don’t get me wrong, I’m all for thinking positive and believing that the best is yet to come but that thought process does not fix everything. It just buries it down deeper sometimes and makes it that much fucking harder to get out.

So there we sit. Us people in the world who are depressed and don’t want to talk about it because we cannot take hearing that one more time. We cannot take realizing that someone has not been listening to us the entire time because they are too busy looking at their phone. There are so many reasons we don’t, but ultimately I think the number one reason we tend not to want to talk to anyone else about depression isn’t because we are ashamed. It’s because we don’t want that look of pity either or the look of concern. Depression is a beast and it’s not an easy one to fight but I’m always going to fight. I’m always going to get up in the morning and get out even on the days I don’t want to. Even when I’m barely functioning I’m going to function because I refuse anything else.

5 thoughts on “Realities of Depression with a Side of Anxiety”