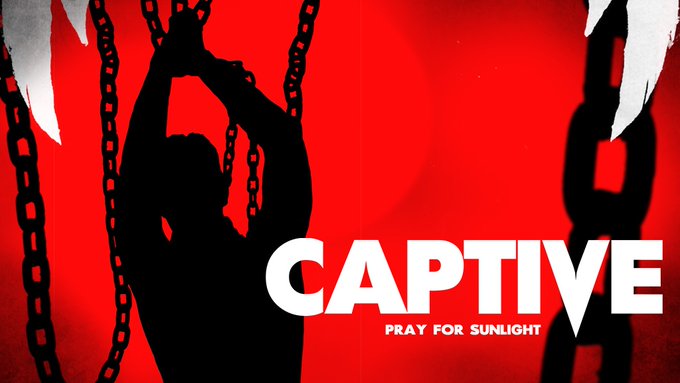 Since I was nine years old, I have loved the horror genre. My love for horror came after “dating” someone who also loved the horror genre when I did not. I can remember him telling me to leave so he could watch Jason Goes to Hell. At a young age, I also remember being furious and annoyed by this. Fast forward a couple of months, and I became immersed in horror. With that said, some of my favorite horror lore revolves around vampires. No, not the ones that sparkle.

Recently, I discovered a film in the making, Captive.

Captive is a vampire horror film, incorporates the Eastern European mythology of the Strigoi – a subspecies within the vampire mythos, creatures with two hearts, one human, one demonic. Scout Taylor-

Compton will portray the character of Ashley, who ends up at a house party with a group of friends, only to discover something is amiss with the owners of the house.

After having the pleasure of hearing Taylor-Compton speak at Atlanta’s Days of the Dead, I cannot wait to see her portrayal in this upcoming film. As Miss Taylor-Compton continues to work in the horror genre, her fan following will continue to grow. I must agree with producer Tom Stajmgier who said, “Scout has tremendous experience, and fan following, in the horror film genre. We are extremely lucky and excited to have her.“

To make this particular feature even more exciting was reading a quote from the co-producer and leading actor, Cody Frank.

“We love horror from classic horror films like Suspiria and Nosferatu to modern masterpieces such as The Conjuring and Let The Right One In. Captive is a vampire movie, and we get it there’s tons of vampire movies, but our script is a unique slasher film that merges a bit of romance, a bit of ancient strigoi lore, and a lot of blood.”

Filming this year is set for June 2020 in Albuquerque with New Mexico based director Alejandro Montoya Marin. This movie is Marin’s third film, following Monday and Millennium Bags.  Captive is written by Travis Seppala, who also wrote Endeavor and Bunkered. The film is produced by an independent production company Pollen Path Entertainment on a SAG-AFTRA Ultra Low Budget Project Agreement, with a budget of $300,000.

The best news is you have until April 8, 2020, to support their campaign on Kickstarter to fund the film further. They’re close to reaching their goal. Plus, there are perks for you to help fund this film, so why not do so? There’s no good reason not to support the film when funding starts at a mere ten dollars!

To help raise the remaining funds for Captive, please go to their Kickstarter page. And make sure you’re on the look for more news on production via their Twitter page, their Facebook page, or Pollen Path Entertainment.