Every Spring I embrace a bottle of allergy medicine.  This year I have found the pollen is the worst it has ever been for me and considering that my allergies triggered my vertigo a couple of seasons ago, I have found myself changing allergy pills for this lovely Spring allergy season.  I try to get as ahead of the game as I can.The rest of the year I can go back to my measly 10mg antihistamine, but for now I am in need of my 180mg version.  This is a sad truth.  A sadder truth is that I do not even have to step outside to have what I have dubbed a sneeze attack.  I have them most mornings, though since I had to take my allergy pill at night this weekend I’ve had them at night when I get home.

Yesterday was a sight for everyone who was paying attention to Cocomo and me.  If I wasn’t sneezing, he was and all while my dad cut the grass.  I asked him if he wanted me to cut the grass and he took that as he should cut the grass and I should play with the pup.  I’m not going to complain because I love playing with the pup, but at some point I had to come inside and grab about six tissues because I could not stop sneezing.  Watching me sneeze and then Cocomo though was beyond comical was to say the least.  The grass is not my friend and now I can’t help but wonder if dogs are allergic to pollen too.  It just makes sense that he could be allergic too.

Of course I should have known better than staying outside while anyone was cutting grass.  My allergies are bad enough without having the pollen tossed into the air and in my face.  Needless to say I cannot run through the fields any time in the near future.  No frolicking for Michelle.  This only makes me sad because I imagine that Cocomo and I would be adorable running through a field of Sunflowers somewhere.  Though I’m certain that Sunflowers technically don’t bloom until the summer.  That is a horrible example.  Though the mental image of us making our way through a field of dandelions while I sneeze and create more dandelions because I could not resist blowing on them.

I imagine with my allergies that the sky would grow dark and suddenly all the flowers would glow bright red as they grew taller, much like the monsters do in the Power Rangers, and would glare at Cocomo and me with their evil eyes as they attempt to devour our souls.  Of course I imagined this after finding the following picture: 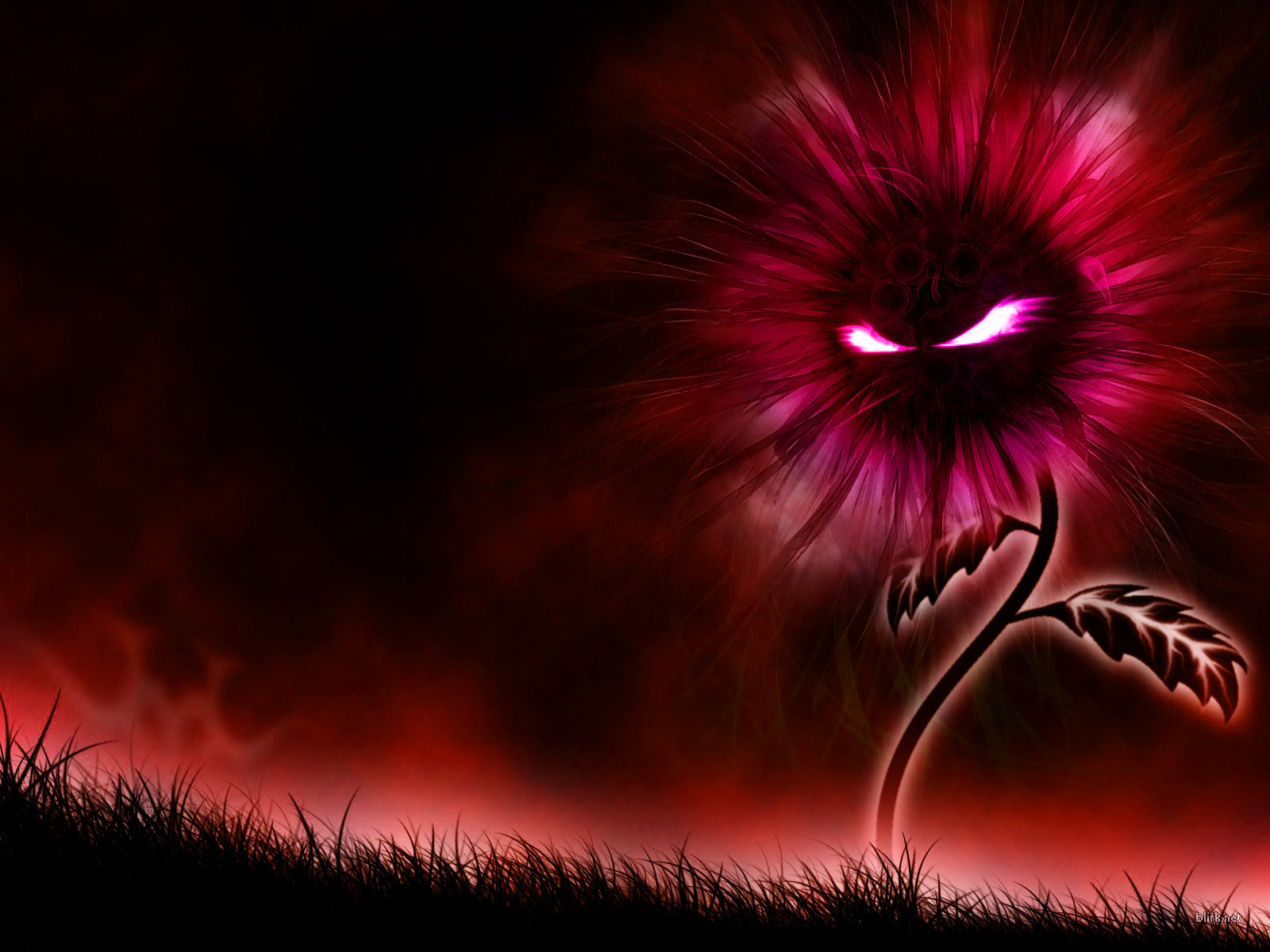 Have I mentioned that I enjoy plants vs zombies, but not so much plants vs. Michelle?  No?  Well, I do.  I kind of want to play the game again sometime soon now that I think of it.  Apparently the only plants that like me now, besides honeysuckles because I refuse to think they hate me, are the ones in a fictional setting of a video game.  Though really, I cannot just blame the flowers.  I have to blame the trees too.  The trees that I have advocated for my entire life and yelled at poor random workers for cutting them.  WHY MUST YOU BETRAY ME TREES?!  Actually, I’m sticking to merely the flowers betraying me.  I’ll be over here being irrational and inside for the evening, debating if I want to get back on track with taking my allergy medicine in the morning or taking them before bed.  The great debate is on.