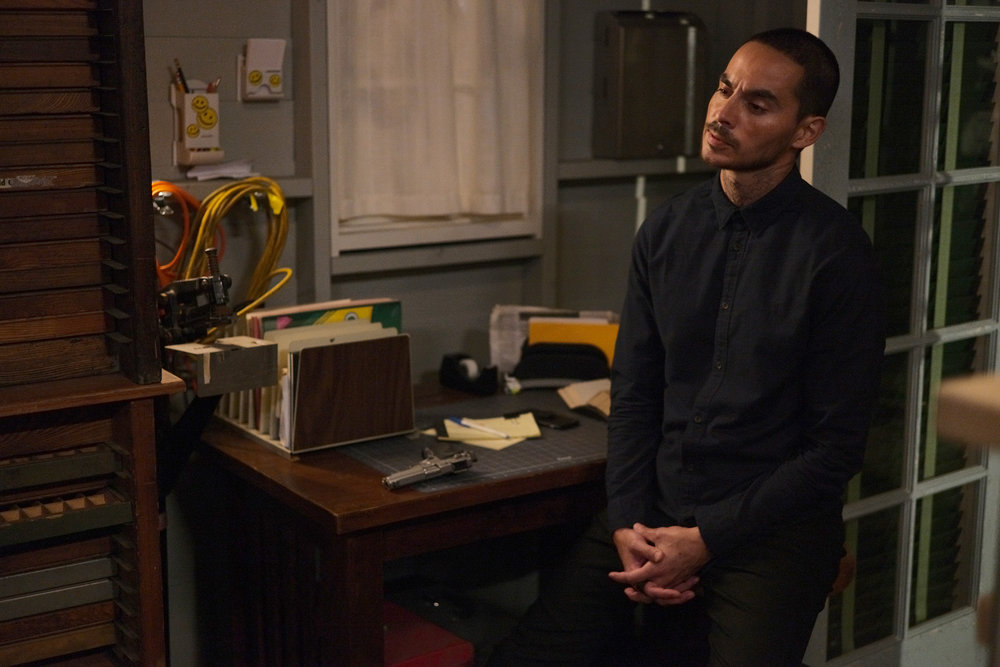 Last week we learned that Rio wanted Beth dead, but he needs her alive. This week’s episode starts with Beth giving various announcements to men who are working for Rio. As the guy who has been watching her comes into exam the printing press, he begins to ask a lot of questions. Beth knows this is because eventually, if Rio figures out the printing press and what ingredients go into making the money that they won’t need her.

While they are out of the woods for right now, this does not mean they are forever. Beth is still a dangerous person who needs to sleep with the fishes in Rio’s eyes, and Beth wants Ruby and Annie to have insurance policies in case this occurs by taking the plates home for printing to print their money, they need those plates.

Ruby wakes up to witnessing Sara and Stan having a great time after an early morning church service. Despite things seemingly going well, Ruby knows that something is going on with Sara. She knows that she is trying to pull something over on Stan even if she does not know what that something is at this time. Sara doesn’t say anything but somehow makes it clear that there is something more to going on to her bonding with her father than not.

Meanwhile, Dean manages to kill all of the kids’ fish, which he and Beth take care of n the middle of the night. They argue what to tell the children because Beth doesn’t think the kids are going to be ready to hear about death. So she requests that he picks up some more goldfish on the way home. As Dean goes to get a towel, he finds the plate to print money in the laundry room and calls Beth out. She asks for her plate back, and Dean tells her no. Getting out some sheers, Dean insists that they can’t go back and then tells Beth, “You don’t kill something you love,” while cutting an edge of the plate.

Upon one of Rio’s cronies arriving for a pick up at the store, Beth explains that there has been a delay. Beth makes an offer to the guy to fix this hassle, and he agrees to hold Rio off as long as he can. Beth immediately goes back to Lucy to see if she can take on another project for them. While Ruby offers to pay her more, she admits that she does not feel comfortable doing this again because she found a page of the printed money. Beth explains that she is sorry for bringing her into it as Lucy asks why. Ruby explains that the piece of paper she found shredded in the dumpster is going to be them as Annie adds that they won’t be able to be taped back together again.

For the first time in a long time, Beth genuinely looks sorry, but Lucy asks them to go because she does not want to be a part of it. Beth insists that they have hit a new low as they sit outside of Lucy’s home to steal her bird. These words do not stop Annie from getting out of the car with a crowbar to break into Lucy’s house. As the boyfriend is heading back inside from his ten-minute power run, Annie runs back to the car with the bird and tells them to drive.

When Beth asks why she didn’t take the cage, Annie instructs her sister to drive. Meanwhile, Rio has gone into the store and meets Lucy. She has no idea what she is getting herself into by talking to him and reveals to him that she is the one who does the custom designs for all of the printing there. Rio states that he needs to get rid of the person he has been using because his person is not reliable. He’s interested in Lucy’s services.

When Ruby arrives home, Sara and Stan are on the couch watching a reality competition show after her bedtime. Sara is taking advantage of Stan’s understanding that she didn’t steal the pen, and Ruby is furious. While Stan asks Ruby what has gotten into her as Ruby demands that Sara goes to bed, Ruby confesses that while Sara is a great kid, their daughter took the pen.

The shocking part of this reveal is that Stan reveals he knew. She told him, and he revealed Sara was too guilty to live with it. Ruby asks him, “What are you trying to say, Stan?” And he explains to her that “When you lie you sleep like a queen” and that they are lucky that Sara knows the difference. She knows this is ruining her marriage, which she admits to Beth when they steal the bird, but is not sure what to do anymore to maintain both.

Meanwhile, Annie is fulfilling the prophecy of dating unavailable men that Dr. Cohen called her out on in the previous episode. Ben comes home and is furious at Annie repeating her downward spiral. Her “boyfriend” is staying on their curb because he’s homeless, and there is a random bird in the bathroom. Ben is beyond frustrated by the insanity in the home that he hands the toilet paper that the “boyfriend” has requested and tells his mom to go give him the roll.

Shortly after that, Annie meets with Ruby and Beth to go over pictures demonstrating what they will do to the bird if Lucy does not agree to help them out again to send her. Picking an awful image, she goes inside to talk to Lucy first only to find her surrounded by Rio and his associates. Rio insists that there isn’t a rush to make another money template even though Lucy’s hand is shaking. And although moments prior, Beth was willing to blackmail Lucy into getting what she wanted, she is now concerned for her well being.

Beth explains that Rio does not need to drag her into this. He also adds that maybe Beth doesn’t need to be involved as a customer comes to pick up a delivery that Lucy volunteered to stay late to help the customer out. Rio instructs Beth to go with her. Mrs. Harris is the worst customer in history as she asks if she needs to give them the list for the place cards, and she is saying it out loud. Upon handling Mrs. Harris, Beth tells Lucy not to finish it because Beth knows by doing one thing for Rio leads to another. Lucy wonders why she should believe anything that Beth is telling her at that moment. After all, she stole her bird.

Once Lucy finishes, Rio offers to take Lucy home. Beth points out that they are all still needed because even with the plates if one thing goes wrong in the printing process, the outcome will look like a kid made it. Beth further explains, “Just because she gave you a cookbook to a five-star restaurant, doesn’t mean you can make the dishes. You need the chef.” However, Rio disagrees with her as his man kills Lucy just like that in the back of the van.

On top of everything these ladies have done, they have now gotten an innocent woman who just wanted to live a simple life with her boyfriend killed. I did not see this twist coming. However, Rio had to make his point in front of all of them. Completely devastated and traumatized as they walk back to the van to leave the shop, the three women cannot believe what they just watched take place.

Meanwhile, Dean is at home taking care of the kids who are questioning when the fish get back from the fish doctor. As he appears to want to go rogue and tell the kids, he realizes that Beth is right and says that the doctors found out the fish were superheroes. It’s a part X-Men part Hogwarts situation with the school and that it’s top secret and the little girl informs him that their brother told him that they saw him flush them.

When arriving home, our ladies have three different reactions to what they have just witnessed. Ruby immediately wakes up Stan in tears explaining that he can’t leave her. Stan thinks she is crazy, and she asks him not to give up on her. She’s not the person he thinks she is now by a longshot. Annie opens the door to Ben’s room and crawls into bed with him. Even though he’s too old to sleep with his mom, Annie asks to sleep in the same bed. Ben tells her why he was angry the other day and that he’s still mad at her as she requests him not to be upset that evening. This request comes moments before he asks her to get rid of the bird.

The next time we see him, he’s in a cage at Beth’s home, and she is staring intently at him. Dean comes up as they begin to talk. He didn’t mean to make things worse, and she knew this. However, he brings up the fact again that Rio won’t kill what he loves, and Beth insists that she is not what he loves. Rio loves money. The two then agree to present the bird to the kids once they get home, and Beth even jokes they will have to put the bird in their will before going to work that day.

When arriving at work, she notices Lucy’s purse as her boyfriend comes into the shop to tell her that she didn’t come home. Adding insult to injury, he admits that she didn’t have friends outside of her making viewers wonder how Beth will avenge her this season.

What did you think of tonight’s episode of Good Girls? Did you see Lucy’s death coming? Should Rio have killed someone else to prove a point? Do Dean and Stan have a reason to be angry with Beth and Ruby? Will Annie ever start making the right decisions when it comes to her love life? Let me know your thoughts on tonight’s episode below.

Better yet, make sure to tune into Good Girls on NBC every Sunday at 10 pm EST to see what our ladies are up to weekly this season.